Palestinian loss of land from 1946 to the present

Posted on November 2, 2015 by HeliTramp
I post this email as I had received it.  It is worthy of study and careful thought about what is happening there between Israel and the Palestinian nation if you as Australians have within your hearts the moral meaning of a ‘fair go’.
Yes, I have read the papers stating that the Israelis are ‘protecting themselves’ from a ‘terrorist’ nation.  That is the press we are meant to see.  Look further afield and you will see a very different picture.  As mentioned previously the USA provided $10.3 million per day in the last financial year to the Israelis; $0 to the Palestinians, not even anything for humanitarian aid!  The Palestinians can only obtain a very basic rocket, without guidance or distance capability to inflict much damage.  One has to practically hit you on the head to be of any significance!  But the press presses on “Palestinian rocket attack ….”blah blah blah!  Does nothing.  Look up the statistics of the damage that Palestinian rockets have inflicted.  It’s not much in comparison considering the state of the art weapons supplied by the US of A.
And the Yanks don’t learn!  Their US Naval ship Liberty was attacked and nearly sunk by the Israelis.  Read this atrocity of an Israeli people ‘defending itself’:
On June 8, 1967, 34 American servicemen were killed (see list with photos and bios) and 174 were wounded during an Israeli attack on the USS Liberty. According to former Chairman of the Joint Chiefs of Staff Admiral Thomas Moorer, “Those men were then betrayed and left to die by our own government.” The survivors are still awaiting justice.’
This was not ‘mistaken identity!  The Israelis at the time tried to lie to cover up, but the truth got out.  If they can do that to the hand that feeds them you can imagine what will happen to those who get in the way of their nefarious plans.  The fact that many of the US Senate is comprised of Senators with dual citizenship might go some of the way to explaining this.
I posted another post on the Palestinian crisis recently about the crisis of ethnic cleansing of the Palestinian people.  That is fact and has been proven time and time again but because we have been told the Israeli side of the story during our lives, we have believed it.  Israel lives a lie.  The Jewish people, by and large have stated this. The Zionists ignore any dissent and pursue their agenda of complete domination of the Middle East.  Propaganda from their well funded, and until the advent of the internet it was very difficult to research the true nature of this conflict.
Why should I care?  I live in this world and I do have a conscience.  I live in Australia and I really don’t like reading about Israeli soldiers head shooting children as they walk with their father in what they thought was a safe area.  Follow these links.  Read the statistics of a coalition of groups calling for an end to the killing of children.  Read some of the Israeli newspapers and you will find appalling statements of how they should exterminate the Palestinian people after they have bulldozed their houses.  They mutilate the bodies of those they kill, and many are innocent of any crime other than just being caught where they were.  It goes on. And it is sickening.  And yes, we as Australians condone these killings.
Don’t confuse what is happening with the ISIS, or radical Islam for that is a different phenomena.  More of that soon!
I would welcome the opportunity to have the name of the organisation to include Australia as well for the reason that we are connected by the umbilical to the States.  Now for the email I received:
Thank you for signing this important petition! Please forward this email on to others who may also wish to sign.
Warm regards,
If Americans Knew
http://ifamericansknew.nationbuilder.com/Here’s the full petition:

On March 15, MSNBC broadcast maps depicting Palestinian loss of land from 1946 to the present. The network came under pressure from Israel partisans, and host Kate Snow and correspondent Martin Fletcher ended up recanting.

However, the maps were accurate and incredibly revealing about the Palestine-Israel issue. We, the undersigned, support MSNBC’s original airing of the maps and urge the network to withdraw its misguided “correction.”

A few days after showing the maps, Snow apologized and claimed they were “not factually accurate.” Fletcher, who had originally endorsed them, concurred and provided the explanation.

He made two claims about why the maps were “inaccurate,” both of them fallacious.

1) Fletcher claimed the maps were wrong because the 1946 map was labeled “Palestine” and Palestine was not a sovereign state.

In fact, this label was both correct and appropriate. Virtually all maps of the region prior to 1948 were labeled “Palestine.” Similarly, maps of Puerto Rico are labeled “Puerto Rico,” despite the fact that it, too, is not a sovereign nation-state and is instead under the control of the United States.

2) He also claimed the maps were wrong because they didn’t reflect that perhaps a third of the region’s population was Jewish in 1946 (in reality, it was an estimated 30 percent).

However, this is like saying that a map of climate zones is factually wrong because it doesn’t depict time zones. The maps were about land possession, as the title made clear, and accurately depicted this — not about how many people of different faiths or ethnicities lived within the area.

During his “correction,” Fletcher made additional erroneous statements. He claimed that Muslims believe God gave them the land of Palestine-Israel, and suggested that the Israeli-Palestinian conflict is a religious conflict between Jews and Muslims.

In reality, Muslims hold no such belief, and the conflict began when a secular, political movement began dispossessing the indigenous population, which included Christians as well as Muslims. Most observant Jews around the world originally opposed this movement, and many still do today.

(For more information, including a full explanation of what occurred and of the maps, please seeMSNBC, Martin Fletcher Disavow Image of Palestine Being Wiped Off the Map.)

It is critically important that the media accurately inform the American public on this issue if we are to have rational Mideast policies. We call on MSNBC to withdraw its misleading “correction” immediately.

-=-=-
This email was sent to helitramp@gmail.com. To stop receiving updates on this page, unfollow here.
If Americans Knew · United States

Created with NationBuilder, software for leaders. 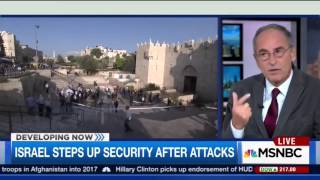 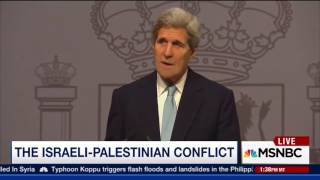 MSNBC, under pressure, apologizes for showing maps of Palestine

This entry was posted in Palestine and Israel and tagged Corruption, Genocide, Israeli domination, Palestinian land loss since 1946, Save the children, secret elite, USS Liberty. Bookmark the permalink.